As an AI-driven company that works with images, we are obsessed with the innovations in the visual sphere all around the world.

Our neural networks are trained to understand the image context. What's more, they are able to work with faces, thus led us to investigate such a delicate topic as a human face and AI.

So, here we are presenting our newest material about Facial Recognition technology.
Hope, you'll enjoy it.

There is a saying: 'One person's freedom ends where another's begins'.

Can we say the same about the privacy borders?
The technology of facial recognition has smoothly assimilated into our everyday being just in a couple of years. Besides the undoubted advantages, there are several concerns about this new-age engineering. One day you are 'one-from-crowd'. But on another one - the system knows you from inside out: your life, beliefs, environment are not secret anymore.

Little do we really know about Facial Recognition technology in 2020.
But forewarned is forearmed?

The technology of facial recognition has been under development since 1960’s but finally gained popularity and extended only in the last couple of years.

It has tremendously spread over several areas:  policing functions, commercial services, and government administration. It has evolved from very niche usage to a powerful network capable of mass integration, surveillance and political control. Cameras are turning people into data that allows tracking everyone anytime.

Do you remember a storm with one ‘aging’ app in the internet teacup?
This summer the web environment simply boomed with the photos of youngsters turning themselves into seniors. It was extremely hilarious to see people you are acquainted with at the age of 80.
Looks strange? Indeed. But the tremendous success didn’t last long. The word was spread that this app is collecting face data. Naturally, within the time its popularity wave began to decline. But the fear of human’s own security was instrumental, obviously.

But if we delve into the situation, we are under surveillance all the time. Look at your phone - your nearest ally is watching you all the time.
You bypass the smartphone's facial recognition security everyday. Afterwards, you enter to check your bank account balance using your face. Then you entertain yourself with any funny face app or maybe check the house control app, or finally go into a restaurant and pay there with your face again.
Threatening? Not really.
But…

How does it work

Just as with neural networks, the facial recognition system works the same as a human one:

Your eyes capture the face scene. Then it is sent to your mind to be processed. Afterwards, your memory recalls the identity by its features.
But imagine, if you could have thousands of eyes?
What if all the information from them you can store as memories from other people?
And all of it can be processed simultaneously.

Facial recognition neural networks make just the same process as your brain's visual cortex does. It’s scanning faces by measuring the distance between eyes, nose, mouth and checking other features. These algorithms look for a correlation in raw pixel data.
Networks are fed with the original photo, other photos of this person and with a photo of another person. And the system should tell the difference between absolute similarity.

But frankly speaking, we built this ‘Mind of facial recognition system’ by ourselves. We are posting millions of digital photos into Facebook, Google, Instagram, Twitter every day. What’s more, we are tagging ourselves and friends of us.

What benefits for mere mortals?

We didn’t want to scare you. The usage of Facial Recognition technologies made a quantum leap during the last years.
FR serves its best in the areas where time matters the most. Early detection of terrorist or criminal groups will prevent society from a tragedy. Therefore law enforcement and governments are deeply encouraged to implement the newest techniques into the national protection. With the base full of identities it would be extremely fast to find and attacker. Checking the database with over 20k of faces takes time even with a big group of people. But with FR technologies the process will take a couple of minutes. Here is time is the core value.

Previously it was mostly used for protection and served only for guarding private property from intruders. System is able to distinguish household family members from strangers, and also differentiates people from pets. But nowadays it spans the broad spectrum of interventions, including travel, banking, e-commerce industries.

Passwords are not the only way to authenticate. Your face can be your credit card.
A couple of years ago Mastercard launched Selfie Pay Wallet that led others to progress in this area. Banking system is eager for transforming. Biometric Technology not only works its best in preventing data from strangers, but grant access to fast banking. Alongside with Face ID, depending  on the situation the user may choose  other biometric data, such as fingerprint or voice recognition to authenticate themselves.

The most interesting usage is in e-commerce and advertising industries.
Do you want to buy any cosmetics or clothes? The system allows you to do it from home. The visual mirrors enable you to try clothes right before purchasing and face scanning may help to choose the correct tone of lipstick.
And that is not all. The FR technologies may be installed outside to scan your reaction to electronic billboards. For what? To change it and make it more enticing. A few more seconds and you are entering the shopping mall.

And of course facial recognition may be a huge time-saver that allows frictionless and paperless travel. The process of all boarding, visa and security checks may be twice faster with minimum delays. And it’s not a problem anymore if you forgot your passport at home. The travellers all over the world can move without travel documents.
Awesome? It is.

What about the government level?

We are moving forward to the most interesting part.
The technology and its development is officially banned in several progressive areas.

Some cities in the United States such as San Francisco, Sommerville, Oakland and Massachusetts have independently banned the technology. They did it apart from the whole country, since the US law doesn’t have the terms of regulations for facial recognition system yet, however it’s being vigorously discussed by the Senate.
The companies in these cities must provide the report about what type of information will be collected, the purpose of its usage and ask for a customer’s permission. However, San Francisco has banned the technology at all levels.

Therefore, The European Commission has recently considered to temporarily ban the FR technology for up to 5 years. It was said that the EU needs time to figure out https://www.techradar.com/uk/news/eu-calls-for-five-year-ban-on-facial-recognition“ the impacts of this technology and possible risk management measures could be identified and developed”. What’s more, the Swedish Data Protection Authority  blocked the usage of facial recognition in schools in 2019. And there is a growing protest around the world for privacy sake.

Every revolutionary technology needs to pass by government check first for presumable use in military or defense structures long before mere mortals will have access to implement it into their everyday needs. Governments and especially Law Enforcement structures ask for tools to augment their job. They may use it in anti-crime and counter-terrorism applications because time matters the most in these cases. If any crime happens the facial recognition technologies are able track down the villain in a flash. However, the technology is considered to be potentially authoritarian capturing the data without a person’s consent. Apart from that, there is a high possibility of being used for war or anti-riot applications.

As was said by head of policy at the European Digital Rights, Diego Naranjo:

“With one single image, authorities can find out everything about you. That seems terrifying. It’s the normalization of mass surveillance”

But what if the system goes wrong?

There are still huge risks of being misidentified. And in critical situations, innocent people can be resembled as “wanted suspects” and be under the threat because of system false positives. And this is not a minor inconvenience.

"These data centric technologies are vulnerable to bias and abuse"

She was working with facial analysis software when she noticed a problem.
Three main facial-analysis programs that are free for commercial usage (IBM, Microsoft and Face++) demonstrated both skin-type and gender bias. The error rate in the black woman identification reached up to nearly 35% compared to light-skinned men.
AI technologies should be absolutely neutral. And apart from race and gender dataset disproportion, it proves that advanced FR algorithms are not mature yet to be widely used at the government level for law enforcement and security.

The technology that is met with caution all over the world absolutely blooms in Asia, specifically in China.
It is said that Facial Recognition technology has already been misused in China with the ‘social score’ system. Chinese cities are the most monitored in the world. The Chinese government is considering facial recognition technology as one of its best solutions. It’s ubiquitously spread all over the country from office buildings to airports and home support facilities. CNN Business in Hong Kong reports that according to a recent analysis from consumer site Comparitech, there are more than 100 CCTV cameras per 1000 people in Shanghai and Shenzhen. But overall the majority don’t seem to consider the system to be problematic. China is thought to be one of the safest countries in the world.
As for a person that was living for a year in China, I can say without a doubt it’s true. There is no country I’ve ever felt safer and this tricky feeling is so easy to get used to.

Overall the Facial Recognition technology may not be flawless but it’s definitely going to transform time-consuming operations and completely take its place in government and national security structures.

But as every new technology the FR should be controlled with strict regulations to prevent the worst scenario.

I can’t wait for regulation. We’re big proponents of regulation, going back to the NTIA working group. There is a need for regulation in this space, both for law enforcement and even private companies in certain use cases 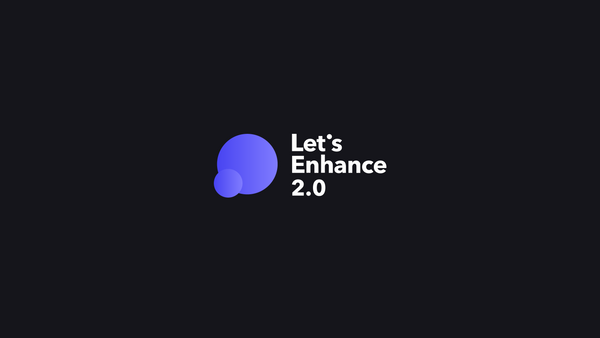 Converting images to better quality is one of Let's Enhance's core values, and today we're taking a big step forward in image quality. We are happy to announce that Let's 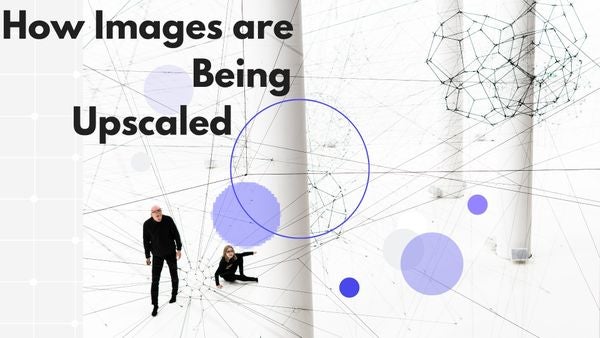 People are used to thinking about machine learning as some kind of sorcery. Especially when it gives an awesome result "out of nothing". The truth is that it's not really